Cultural Awareness in the Classroom

Cultural Awareness in the Classroom

Creating a Community through Cultural Awareness in your EFL Classroom 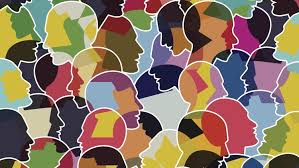 Whenever you mix a group of people together in a class you never really know what you’re going to get. The beautiful yet challenging thing about being an EFL teacher is that you often find yourself with a group of people who might not have otherwise connected or chosen to associate with one another due to numerous differences: age, culture, language, personality, or just opportunity - that is, they may not have crossed paths if not for your English class.

Therefore, your role as part mediator and as part community leader are two of the most crucial roles you have as an EFL teacher. Your job is not to make your students become best friends, but to make them feel like they are in a safe and open environment: a place where they can be themselves and express themselves.

How do you do this? Well, there are so many little things you can do every day you’re with them. Pair them up, group them up, give them each the spotlight now and then. It is important that students are each given a fair chance and that you don’t let the apparently “good” or most participatory students shine while others get left behind.

You can also assign projects, such as one a couple of teachers recently did at a language school in Florence. In this project, the teachers each brought 5 items of personal and/or cultural significance and stuck them in a box (a “culture” box). They then wrote short descriptions of what each item was and why it was in the box. The teachers presented their items to their classes and had students ask questions, such as:

- “Why is it important in your culture?”

- “Where do you keep it in your house and

This served as the model that students would then follow to create their own culture boxes. The students were evaluated based on 4 major categories:

4) Class participation during other student

The students took it to heart and really gave their teachers and classmates a piece of themselves. The teachers then asked the students what they took away from the project. This answer was two-fold. First, they said they learned things about one another and their respective cultural backgrounds. Second, they learned a lot of new vocabulary because they had to look up many new words to complete the written portion. For example, one student brought a fried shovel because he uses it to cook for his family every night. Another student brought a wine glass holder necklace to represent his town, which is famous for wine production.

These classes are establishing their own identity and community. When the teacher takes the time to facilitate this type of connection, they end up with a class that begins to model the teacher’s  behavior of openness, curiosity, and inclusion. After all, we use language to convey deeper meaning and expression, so our classes shouldn’t be limited to lists of vocabulary and verb charts.  At Via Lingua, we emphasize cultural awareness and its place in the classroom. 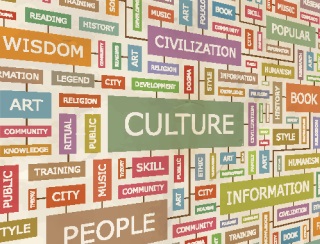